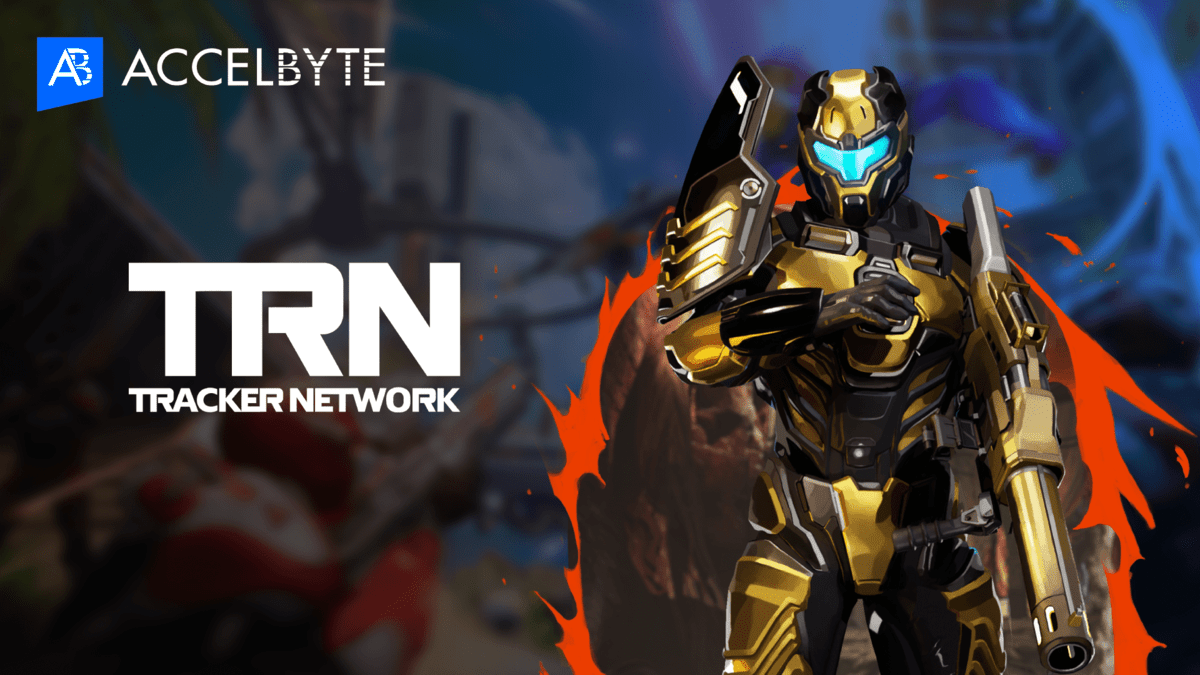 Tracker Network is a player-facing game stats tracking platform that hosts a wide range of games. Track player stats in many of the titles Tracker Network supports. Easily switch between games with the tap of a button. This stats tracker is the ideal companion to keep an eye on performance.

Tracker Network tracks leaderboards and stats of over 200 million players worldwide in top competitive titles. They index millions of players in many triple-A titles and display beautiful stats pages for millions of users a month.

Before switching to AccelByte Tracker Network was implemented and running on Splitgate’s old backend. To match feature parity between the two backends, we needed to port Tracker Network over to Accelbyte. At the time of this blog post, the work is done and was just released with season 2, pushing player stats from AB's backend to Tracker Network!

The process works by grabbing and compiling stats that are processed by the custom Splitgate service from the post-match data that it gets from every single casual and ranked match that is played on Splitgate. After the Splitgate service has compiled those results for a match, we can form the user's match stats into a structured payload that Tracker Network’s ingest endpoint can parse. Once that payload is compiled it sends it off to Tracker Network’s endpoint which parses it into player readable stats on their profile that every player can search and view.

The functionality is the same as the old backend but with Tracker Network the team at 1047 Games can track the following for Splitgate:

Check out a profile example here.

Competitive titles must have community strength to survive and attract new players. Stats and leaderboards are key components to keep a healthy community. Discord bots, Twitch overlays, and more are all part of the third-party ecosystem that keeps a competitive community engaged with the game for the long term.

Game studios can support their stats backend with AccelByte at scale, while also providing long-term community-focused features and translating the backend into readable, overtime performance stats for players.

Sharing with the Community

With a public stats API we will be able to attract esports platforms to support the community with ongoing activities such as:

Game studios can make 1 +1 = 3 with both Tracker Network and AccelByte. Interested in learning more? Reach out to train@accelbyte.net or asaf.livne@tracker.network.