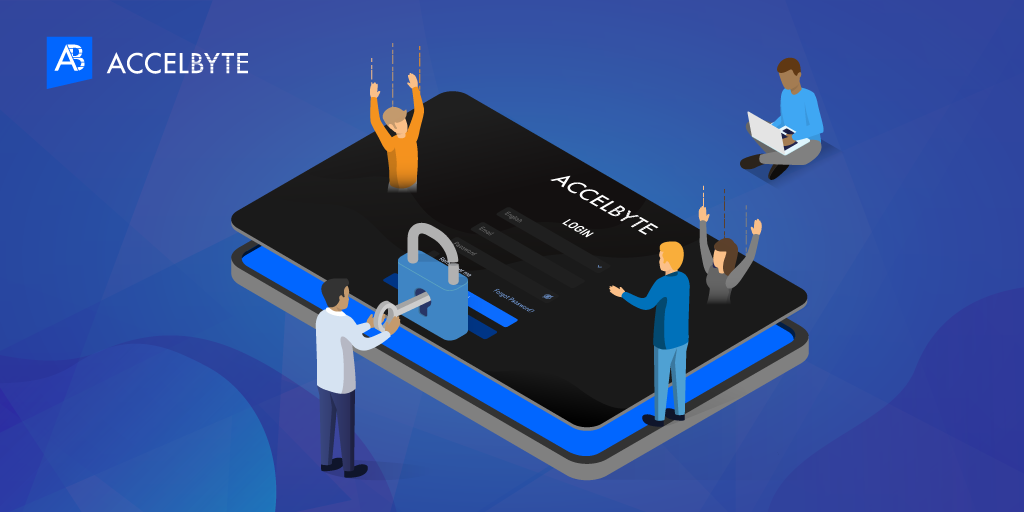 In this guide, we're doing a quick rundown of how to add your game to AccelByte Launcher and log into the Launcher. This guide is Unity specific, however, the flow is identical in any other SDK.

You can grab our SDK from our public GitHub.

The implementation of logging in via launcher is as simple as calling one function to handle it. The auth code, that is generated from the AccelByte Launcher executable, is used for the login authorization.

This function can be called right before the login menu is shown if somehow the login process with AccelByte Launcher fails. We can show the username and password on the login menu.

To top it off, we need to set the AccelByte SDK config. Make sure all of the config values are valid.

Next, we build the game for Windows desktop. From File, go to Build Settings, then Choose Target Platform: “Windows” Arch: “x86_64” Build, then click the Build Button.

*note that if we are building for Android using Unity 2019, we need to set the API Compatibility Level to .NET 4.x

That concludes the implementation on the game side.

Setting Up a Store in the Admin Portal

After you've uploadad your game and set it as the current version, the next step is to create the store and catalog. First off, go to the Admin Portal. In the Publisher namespace, select E-Commerce and open the Stores menu.

If you plan to replace the store instead of updating, you can just create a new store and add the item details.

In the store's Edit menu, open the Items then click the Create items button. Fill in the game title in Item Name field, select App for the Item Type, and Game for the App Type. The App ID will be used to upload the game. In this example we've typed lightfantastic as the ID, the same name as the game title.

Using BuildUtil to Upload Your Game

Check out our guide on using BuildUtil here.

Viewing the Game in Launcher

At this point, the game is already available in the store for players to purchase. To see the game in Launcher, first create an account and download Launcher from the Accelbyte Player Portal https://demo.accelbyte.io. After installing Launcher on your computer, log in using the player account that you've created to see your game.

The version of the game will reflect the version you set as the current version in the Admin Portal.

If you have any questions regarding this guide, please contact us via email at support@accelbyte.io.